There are many boatbuilding methods, traditional wood, clinker and carvel, plywood on frame, ply epoxy, strip plank, cylinder moulding, steel, aluminium, concrete, the list is long. For the amateur back-garden builder probably the most favoured method for small craft will be some kind of plywood construction. Popular, practical-sailing magazines almost always have an article on building such craft in most issues. For craft up to about 20 -25ft ply/strip plank with epoxy is probably the most effective method. For craft any larger than this such as small cruisers, power or sail, it would be nice to have a Glass Reinforced Plastic (Fibreglass) boat, but as an amateur builder, you would have to have an expensive mould wouldn’t you? Well – No! There are ways other than the conventional mould.

In the explanations that follow my aim will be to keep everything simple, presenting the information as unsophisticated sketches and borrowed pictures. I would like anyone reading it to feel that they could do it, because they probably can. They just have to relate it to their own ambitions and circumstances. The important part is to do the research and then make a start. After that, the process will run and although there will be some challenges, they will be surmounted and the rewards will be proportional to the hurdles overcome.

Before we explore boatbuilding, it is worth asking a fundamental question. Why would you want to build your own boat? Boats have been available constructed in GRP since the 1960s and the material is so durable that a large percentage of them are still in a sailable state. They are so durable that they are regarded by some as environmentally threatening. Boatyards are filled with them and they have become so cheap that it should be relatively straightforward to find a craft that is close to your requirements and then to refurbish it for much less money and effort compared with building one yourself. If you go looking in the right places and let people know that you want a small cruiser to care for, there is a strong chance that somebody will give you one. This is not a subject that has been widely appreciated or written about, but times are changing. Nic Compton in an article Where do all those broken boats go? in Practical Boat Owner, July 2020 gave these statistics. ‘There are about 6 million boats in the EU about 95% of which are made of GRP. Every year around 1-2% (ie. 60,000 -120,000) reach the end of their useful life.’ Luke Edney from ‘Boatbreakers’, a company trying to address the problem said, ‘We get people calling who haven’t been able to sell their boats and are worried about having to pay for their marina fees. They would rather pay for their boat to be scrapped than have to pay more bills.’

If this is the case, why build? I did construct my own boats. Why? The main reason was that the boats that I wanted were NOT available, either new or secondhand. I wanted something that could not be bought ready-made. The only option I had was to make what I wanted, for myself. Even many years later, it is still not possible to buy a commercial version of what I have.

Maybe the latest craft concepts are beyond your financial reach? Do not make the mistake of thinking that building any craft from scratch will be cheap, but maybe it is possible to include the latest ideas in a one-off, at much less than the current retail price if you could source fixtures and fittings from a recycled boat onto a modern-configuration hull?

What kind of boat? 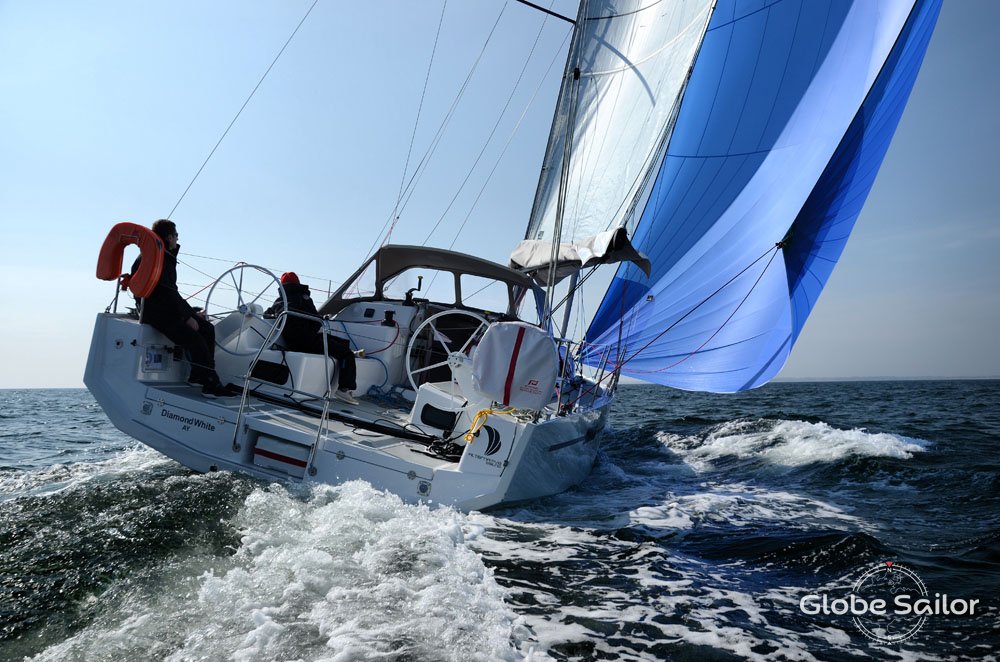 It is quite common when exploring boat building methods to read that any method being advocated is easy, or simple, or quick. I make no apology for claiming all these qualities for flat-table GRP and I’ll add that the equipment required consists of everyday objects, easily available, relatively cheap and the tools are basic.

What is the GRP flat-table building method?

It is a way of making a boat with panels of fibreglass instead of panels of plywood. Plywood is supplied in flat sheets. Sheets used to be 8 x 4feet, which became 2440 x 1220mm. Now they might be 2.5m long, or any combination. The important point to note is that the plywood starts by being flat. If a boat is made from steel or aluminium, the original material is flat sheets. The sheets are shaped before assembly, so that when they are pulled together and welded, they make the boat shapes required. It can be the same with the plywood. This system can be used for repairs or modifications, if making a whole boat is not needed.

In the nautical world people may explain how to build small craft by mentioning the Kayel (KL) canoes developed by Ken Littledyke (Google the name), or the Mirror dinghy promoted by Barry Bucknell. These craft could be purchased as kits of flat, pre-shaped, plywood panels. The panels were bent into shape next to each other and temporarily secured with twisted wire,

or nylon cable-ties. The seams were permanently secured on the inside by applying glassfibre tape, before repeating the process on the outside after the removing the wire.

Boats can be made from glassfibre flat panels in just the same way, except fibreglass panels are not easily available to buy. What follows here is an explanation of how to make these shaped, flat panels that can be assembled to make a boat, using the flat-table technique.

How is it done?

The fibreglass is laid up on a flat, smooth-topped table and a sheet of foam is bonded to it, then more fibreglass is applied to the top of the foam to make the rigid panel. The panel can be shaped. When it has hardened, the panel can be removed from the table and the table used again for another panel. The face of the panel that was in contact with the table will be smooth and shiny. Panels can be joined together. As the panel is a layer of foam with two layers of glass, one on either side of it, it is usually called a foam sandwich. Depending on how much glass was used, it can be immensely strong, but lightweight. 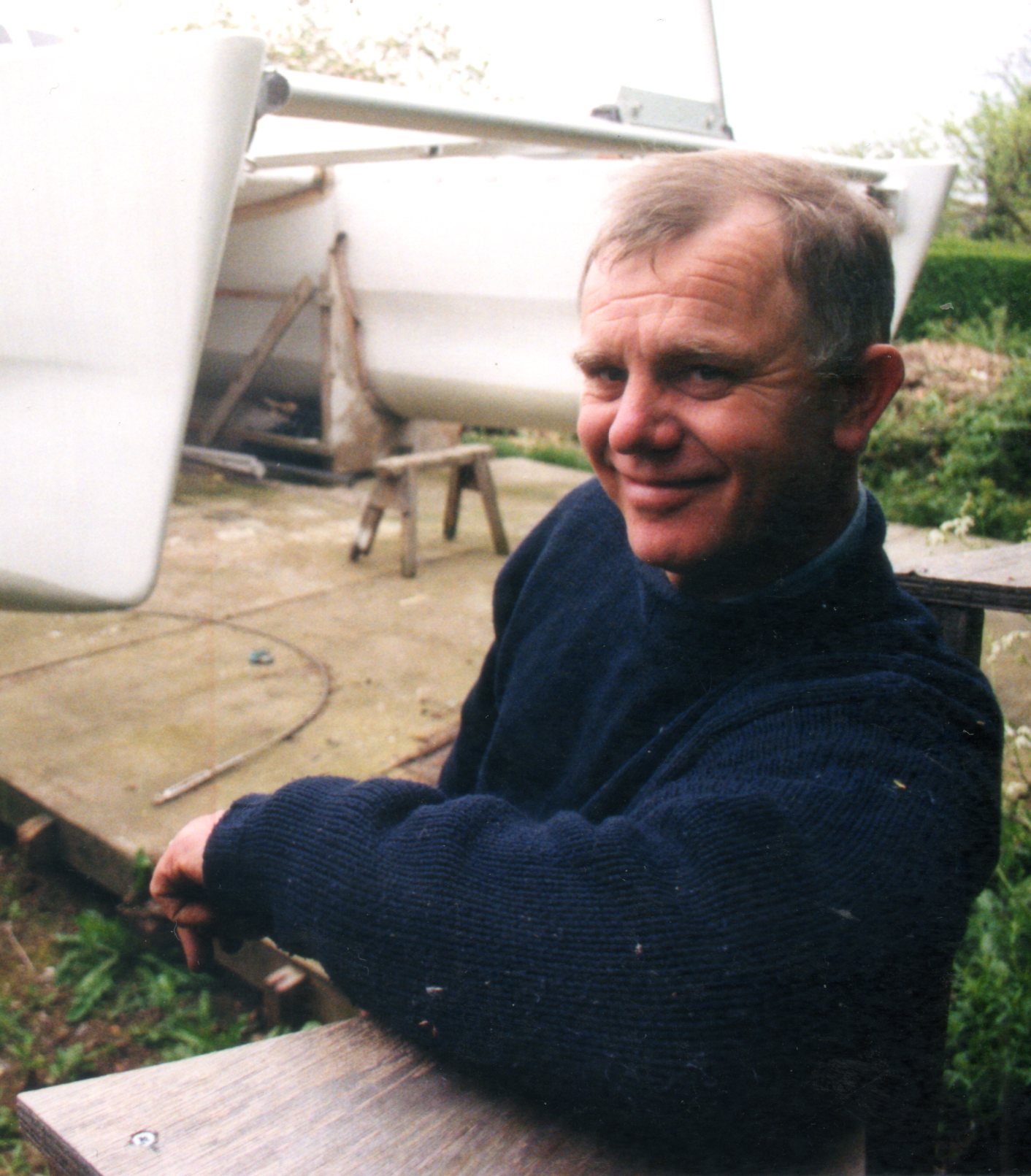